At Sundgaard, we have extensive experience with all aspects of insolvency, bankruptcy and financial incapacity. We are therefore qualified to help you or your company manage any financial challenges. 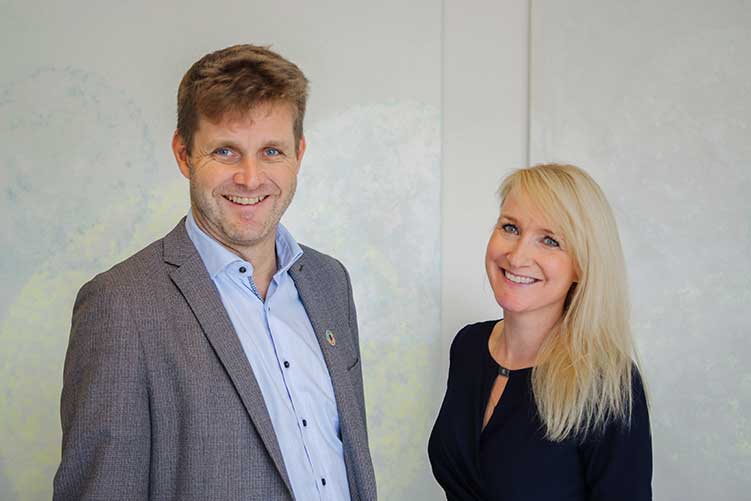 The relations between the employer and the employee have traditionally been an area characterized by conflicting interests and therefore also many disputes. Most are about the basis for a dismissal or expulsion, but all disputes have their roots in actions during the employment, and often the parties disagree about the reach of the employer’s right to manage and distribute the work (management right) versus the employee’s duty to perform the assigned work.

Employment law is characterized by the fact that there are two types of regulation of employment, usually called collective and individual labor law.

In the next level, you will find the overall industry agreements, which are entered into approx. every 4 years and regulates the terms of employment for the individual industries. Under these agreements, sub-agreements can be entered into for specific areas or even for a specific workplace. Approx. 80% of the Danish workforce is employed under a collective agreement.

In recent years, the Danish model has been challenged by the fact that we are subject to more specific regulation of the labor market by the EU. These rules are either directly applicable in Denmark or must be implemented by the member states via national legislation. In Denmark, it has been decided that the implementation may well take place through collective agreements. Another challenge for the Danish model is the new trends towards a looser attachment as an employee to the workplace.

Resolving disputes in employments governed by collective agreements requires a thorough knowledge of the collective system and the many different sources of law and actors. Dispute resolution in this area is also complicated by the fact that, alongside the ordinary courts, there is an labor law system, where the cases – depending on their nature – must be heard by the Labor Court or by Labor Arbitration.

Outside the area of the collective agreement, the so-called individual labor law applies, typically in the white-collar sector (trade, office and clinical/technical assistance). In this area, the employer and the individual employee themselves agree on the terms that apply to the employment. However, any agreements are supplemented by the rules in the Danish Salaried Employees Act, the Danish Holiday Act, etc.

Across both branches of labor law, a number of general rules laid down, including rules on the working environment, working hours, temporary employees, seconded employees, prohibition of discrimination, personal data protection and more.

In particular, the prohibition against discrimination has given rise to many disputes, where employees have considered themselves to have been unlawfully treated because of race, gender, sexual orientation, ethical origin or because of a disability. In these cases, special burden of proof rules apply that benefit the employee.

In addition to the courts, a special board (Ligebahandlingsnævnet) has been set up to deal with these cases.

At Sundgaard, we help both the employer and the employee with the best solution possible. Fortunately, most disputes can be resolved by negotiation, but we litigate labor law matters in courts and/or the relevant legal board or arbitration.

In the intersection between insolvency law and employment law, there is the special type of matters regarding non-payment of wages due to liquidity problems. This can be a serious breach. The employee who does not receive his wages has to pursue his claim without delay – if necessary by filing a bankruptcy petition against the employer. After that, the employee can get coverage in the Danish Guarantee Fund (Lønmodtagernes Garantifond).

Matters concerning employment and labor law are not covered by legal aid insurance, but if you meet the financial conditions, there is extended access to “free process” for cases about dismissals.